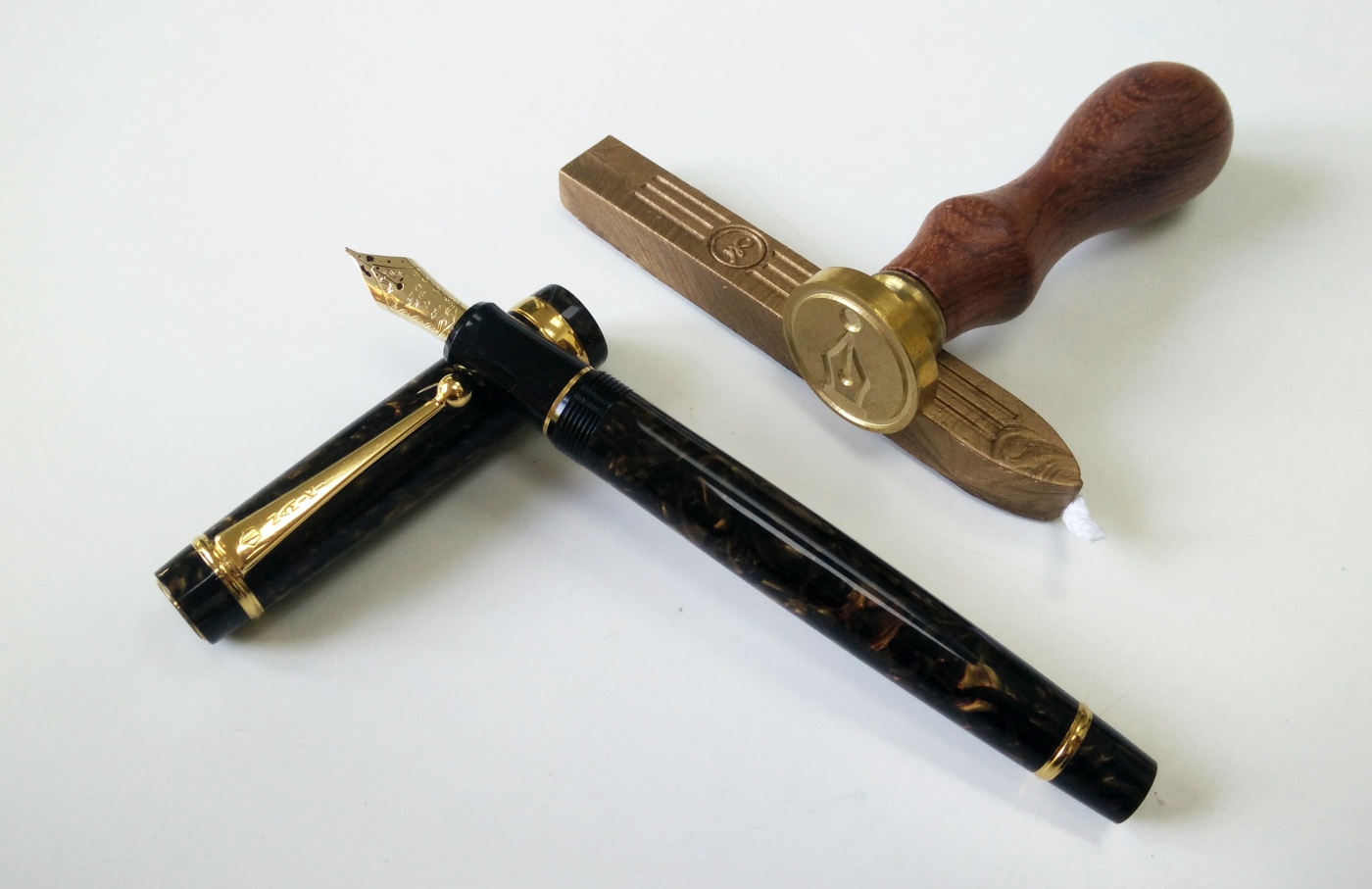 Sometimes one runs into inexplicable things on eBay, like a mislabelled gem or two. This is one of them:

This was put up, uninked, as an auction with no reserve price and I won it at a surprisingly low price; the grey versions listed are priced at $700 (£540) and the blue ones are real unicorns.

These pens certainly deserve the admiration they get. While the smaller Impressions get more attention online for being more common, the rarity of the larger Custom lends it an aura of mystique. I still can’t believe I own one of these.

The Namiki quality is evident in every detail: from the clean etching of the logo and company on the clip to the heft and solidity of the pen in the hand to the incredible nib (when it was tuned… more on that later).

The colour of the celluloid is actually incredible.

As with most Namikis, this pen is a cartridge/converter pen, which I don’t find a shame at all. It fits the all-around best converter (the CON-70) though I’ve been using a CON-50 recently. Funnily enough, though, I had a slight case of baby’s bottom on my nib! I’m far more used to experiencing that in Pelikans, so this was a surprise; I’ve never had any issues with Pilot or Namiki nibs since. It was easily sorted out in a minute with 12000 grit micromesh, and since then, has kept me marvelling each time I pick up this pen!

It puts out a light line in very light and quick writing, though at calmer paces, the lines shade beautifully and even exhibits a little bit of bounce, which I really like. Namiki #10 nibs are available on several other pens in their Maki-e collections, so if you have the chance to try one, I highly recommend it!

Below: a photo of the swirls and colours in bright sunlight. It’s a real sight to behold.